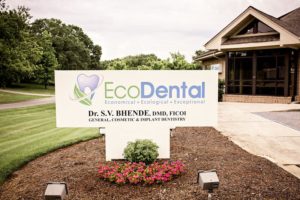 The town of Hickory was established sometime in the 1850’s. Legend has it that Henry Robinson built a tavern of logs beneath one of the hickory trees in the area. Henry Robinson was the descendant of Henry Weidner, a Pennsylvanian who migrated to the south and purchased thousands of acres in and around the current Catawba County. As the settlement grew, the town was called ‘Hickory Tavern.’ In the flow of time, the name of the town changes to ‘Hickory.’

Hickory boasts of many firsts. The city-manager type of government it adapted was the first in North Carolina, as were the electric lights. In 1904, the city also created a complete sewage system in early 1900’s.

Geographically, Hickory lies between Asheville and Charlotte at the foot of the Blue Ridge Mountains. (Piedmont region) Though most of Hickory lies in Catawba County, some parts of the city also spread over the adjoining Burke and Caldwell Counties. The area of the city is about 28 square miles. Interstate 40, Highway 70 and 321 all pass through in or around Hickory.

Today, Hickory is a city of about 40,000+ people. The City Council consists of a mayor and six council members representing area wards. It is the chief policy making and legislative authority of the city.

It is a three time All-America City without outstanding schools, recreation facilities and other modern amenities. Hickory is famous for its artisans and is justly called the ‘Well Crafted’ city. Clement weather and friendly people make Hickory a good choice for living.

The United States Census Bureau has identified the four counties of Catawba, Caldwell, Burke, Alexander as the ‘Unifour’. The Unifour comprises Hickory, Lenoir and Morganton city areas and has a population in excess of 365000. From professions like dentists to companies, the clubbing of these counties and the cities has opened up excellent business opportunities.

Font Resize
Contrast
Accessibility by WAH
Call Us Text Us